I was lucky enough to go on the recent pilgrimage to Assisi.  We held Sunday service on the hotel roof, which provided a picturesque view of the medieval city of Assisi barely two kilometers in the distance. 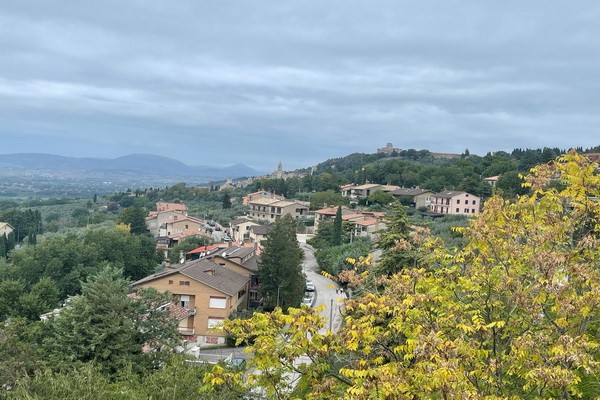 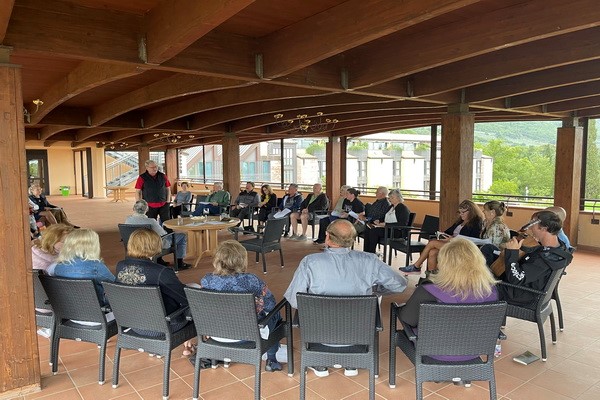 As we sang, prayed, and even during our pastor’s insightful homily, I was drawn to gaze at the medieval city in the distance.  I was transfixed.  I was so moved during the service that I openly wept several times.  Very unlike me.

Gradually, I sensed something was different.  I did not physically hear or see anything, however, I felt the “wall” around my soul had cracked, like the shell of an egg (see my August 2022 reflection).  I sensed a presence of energy and illumination.  I believe the source of that energy was the Holy Spirit.  I don’t know whether I finally allowed the Spirit out of my soul or if it was the Spirit filling me.  Either way, I came away from that service a different person.

Our spiritual retreat was held on the same rooftop that afternoon.  After teachings led by Father Dale and Father Mike, we were tasked to spend time in quiet contemplation, reflecting on what God is calling us to abandon so that we can do His will.

Now, I’ve never actually heard God speak to me, but I have on occasion been moved.  As I was overwhelmed earlier in the day, I was again moved to tears.  Not tears of emotion like sadness or joy.  Just moved.  I knew what God was calling me to abandon.  It dawned on me then that God has been sending me messages to move in a new direction for years!

The messages were sent in the form of health challenges.  Minor annoyances at first and easily ignored.  They have however, steadily escalated until, well, He now has my full attention.

My entire professional life has been about achieving “success”.  But to be merely successful was insufficient.  I was driven to be the best.  In my business the Curriculum Vitae (CV) is the yardstick by which that success is measured.  My CV is literally dozens pages long.  I’ve spent four decades building my reputation and am counted among the best in my business.  I share this not to brag but to emphasize the point.  I am being called by God to leave all that behind; what I have been called to abandon is myself.  Or at least the construct described above.

The picture of what God wants me to do for Him now is not yet crystal clear.  I do know that it will involve service and ministry of some sort.  I know that the talent he has loaned to me will be applied to achieve His will and display His glory.  And I trust he will continue to put people in my path who will support me and hold me accountable.  I’m hoping his plan includes a long and healthy life as well as peace and joy for those whom I love and who love me.  But whatever His plan is I say, “here I am, send me” (Isaiah 6:8 NAB).